• Made-to-order available
– Orders can be made for powder HSS and taps under M3.

KORLOY developed carbide taps and HSS taps that meet the demand for productivity. Carbide taps now have increased wear resistance and extended tool life by the use of high toughness substrate. There are TiN / TiCN coated and non-coated products for a wide range of applications. HSS taps have a high vanadium body to provide excellent cutting performance. Its wide lineup of coated and non-coated taps, and the HOMO series is available for various workpieces.

KORLOY taps were standardized not only to JIS but to DIN in metric threads. It is possible to machine a comprehensive range of workpieces with KORLOY point taps, spiral taps, straight taps, roll taps and more. A straight tap is used for through holes, mass production, cast iron, medium carbon steel, and non ferrous metal. A point tap has a similar shape to a straight tap but provides smoother chip evacuation for through holes. A spiral tap is optimized for blind hole making by evacuating chips through flutes. A roll tap is for making both through holes and blind holes on non ferrous metals such as aluminum. 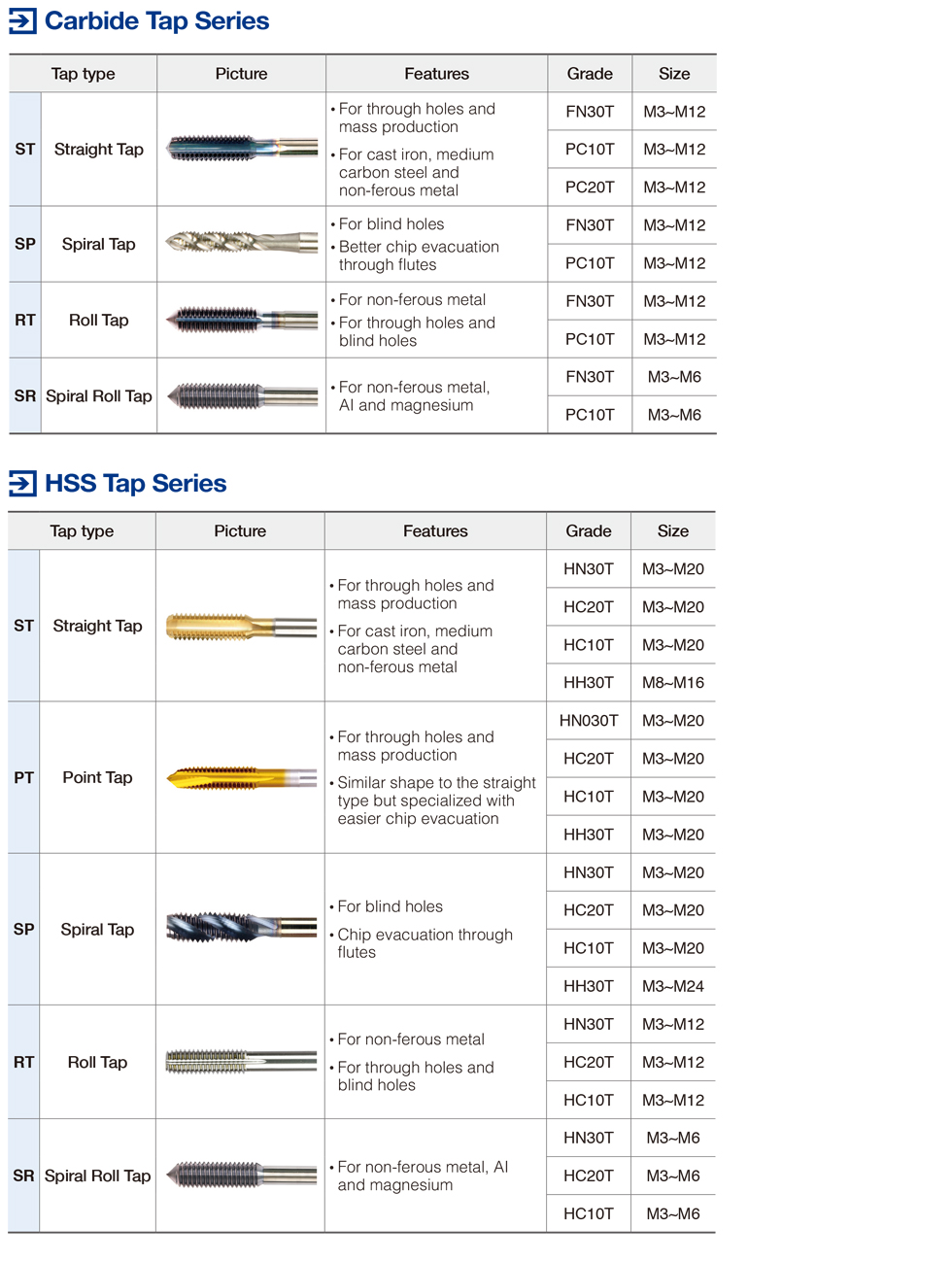